Hawaii made headlines this summer with record numbers of new COVID-19 cases and deaths from the virus. Hospitals reached maximum capacity. Essential workers were stretched thin. David Ige implored potential visitors to reconsider their plans. The state has faced pandemics before, with dire consequences for its Indigenous peoples.
San Francisco Chronicle Link to Story

'Your vacation is my home': Hawaii's residents are speaking out against tourists behaving badly

When visitors think of Hawaii and social media, they usually think of capturing the kind of images that make the state a popular hashtag on Instagram: beautiful beaches, magnificent sunsets and picturesque landscapes. For Hawaii’s residents, it’s far different. It’s a woman proclaiming that she’s from New York as she allegedly assaults a resident of Nanakuli in western Oahu.
San Francisco Chronicle Link to Story

It may be another night of staring blankly into the refrigerator, wishing you didn’t have to cook dinner again. Since the pandemic-driven closures of many restaurants and watering holes began in early 2020, people have morphed into home chefs — not necessarily by choice. Cooking fatigue has settled in across the country.
Link to Story

Companies such as Blue Hawaiian have changed their tour options so travelers can check out new elements of the Big Island since the 2018 eruption. In 2018, Kilauea caused plenty of devastation—and also created new ways to experience the Big Island. Here’s how the local travel industry is tapping into the changed landscape.
AFAR Magazine Link to Story

How a lockdown saved Hanauma Bay, one of Hawaii's natural treasures

Speaking on the AFAR Magazine Immersive Dining Article with Pauline Frommer, about 27 minutes in.
Frommer's Travel Show Link to Story

Chefs are using technology, interactivity, and storytelling to create multisensory culinary experiences around the world. Once upon a time, “dinner with a show” simply meant tacking on some live entertainment. But more recently, some creative chefs have been rethinking that old formula by imagining how diners might truly engage all five senses.
AFAR Magazine Link to Story

Once, visitors headed to Reno to feed dollar bills into slot machines and play the tables. “Global cuisine” meant the casino buffet, and imbibing often consisted of the free cocktails offered to gamblers. Today, things have changed. South of the Truckee River and the neon-clad downtown area, Midtown has become the “it” place to meander in the Biggest Little City. This burgeoning neighborhood arose from entrepreneurs finding their way during the recession, with shops, restaurants, bars and tattoo parlors inhabiting early 20th century bungalows. An authenticity is found there, as if you’ve discovered the true Reno. Business owners recommend their competition with a smile, and a sense of camaraderie permeates the area, fostered by a group effort to create something special from something once considered seedy.
San Francisco Chronicle Link to Story

The sky's the limit with these luxe Tahoe adventures

If your soul is crying for a sky’s-the-limit experience of a lifetime, one needn’t look any further than Reno’s neighbor, Lake Tahoe. There is a plethora of exhilarating options when budget is no object for a Tahoe getaway. One of the most extravagant splurges is nestled on the banks of Tahoe’s east shore, just six minutes from Sand Harbor State Park.
USA Today Link to Story

A look at the regional food insecurity crisis and who’s combatting it in Reno-Tahoe. Within its 90,000-square-mile service area, the Food Bank of Northern Nevada in Sparks feeds about 92,000 people monthly. Half of those are children and seniors. Too often, the majority of regional recipients have to choose between food and medical care, or between food and rent.
Edible Reno Tahoe Magazine Link to Story

Use straw for simple gardening. Grow bumper crops in bales this spring. Horticulturist Joel Karsten began growing bumper crops in straw bales after college. Today, this bestselling author’s method has proven successful in nearly every global environment. He even teaches people in impoverished nations how to grow their own produce in straw.
Edible Communities Link to Story

All Eyes on Big Blue

The League to Save Lake Tahoe engages lake lovers to help combat invasive species. The effort to keep Lake Tahoe scenic, clear and ecologically sound has been taken up by an army of advocates who are determined to allow future generations to revel in Tahoe’s beauty. Tahoe champions like Jesse Patterson, chief strategy officer of the League to Save Lake Tahoe, have recruited Lake Tahoe locals and visitors to help combat some of the lake’s most troublesome threats.
Tahoe Quarterly Link to Story
View More Stories

As far back as I can remember—we’re talking low single digits in age—I was fascinated by how words can paint a picture in your mind. Early on, I learned that language is like a melody that takes the reader on a journey of the mind, and carefully chosen words are the notes.

By six, I was voraciously reading, devouring books as other children would candy. I honed and proved my grammatical prowess with aced grammar tests and spelling bee victories. The written word was at the heart of my youthful accomplishments, and formed a large portion of my heart itself.

Much of each year was spent visiting family in many different locations. During those sojourns, at least one short story would spring from the imagination of this only child that fancied herself a wordsmith.

Languages surrounded me as a child, and each had influence. My globe-trotting Russian father already spoke several by the time he got to English after moving to the U.S. My second-generation American mother went to French school growing up before also traveling the world as a flight attendant.

Cultural flavor and a symphony of verbal sounds scored my family gatherings. I reveled in them, tuning my ear to the myriad noises that humans used to communicate.

During the years, through travels and personal experience, I learned to differentiate and identify the various inflections and tones of the world’s many tongues. Through international travels, I also how communication can transcend language.

Writing was always an avocation. After achieving a degree in international relations that involved years of language and cultural studies and diplomacy training, I spent 15 years in public relations, event coordination and marketing before deciding to upheave my life and turn my avocation into a vocation.

Passport & Plume, along with my upcoming travel blog I Wander Off, were born of my heart and mind. Please join me as I take readers on textually and visually inspired journeys. 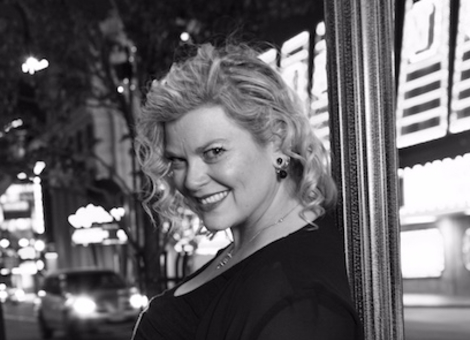